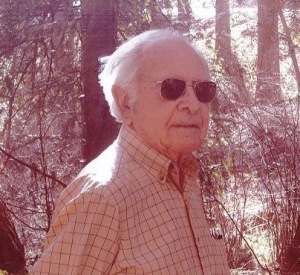 Obituary for Thomas A. Golden

Born in Honolulu and raised in Palo Alto, Tom Golden was both a World War II and Korean War Navy Veteran where he served as an officer on the destroyer USS Harry E. Hubbard and the minesweeper USS Gull.  After graduating from Stanford University in Mechanical Engineering he worked for Rockedyne and Space Technology Lab in the 1950s and 1960s.  As a civilian contractor to the Air Force, he was a rocket engine engineer on the nuclear tipped Atlas rockets in silos at Vandenberg Air Force Base.  When the Apollo moon mission program began he worked as a rocket engine engineer for TRW in San Clemente, CA where, with a small team he designed, developed, tested, and deployed the rocket engines used in the lunar excursion module, the “lem”, that successfully landed men on the moon.  One of his lem throttalable lander engines can be seen in the Smithsonian’s National Air and Space Museum.

Tom was an avid outdoorsman.  He was member number 50 of the San Onofre Surf Club, an avid skier  and had a lifelong love affair with the Sierra Mountains.   He loved to hike and fly fish there, so when he retired he had a home designed by noted architect Chris Able built in Three Rivers.  He lived there for thirty years where he was very found of his neibours and volunteered for the community’s annual Jazz Affair.  In addition to Jazz Tom loved all kinds of music from the annual Christmas Eve ritual of listening to Handel’s Messiah to Bob Wills and the Texas Playboys.

Even into his 80’s, every summer he hiked into Muir Trail Ranch above Florence Lake to spend time with his friends since elementary school, Norm, Louie, brother Bob, and Joe, with their families, and his own sons, Mark and Bruce.  He knew the names of all the wildflowers, and we spent many days with him looking at Fields of Gold, Lupine, Poppies, Popcorn Flower and Owl’s Clover.

Tom was a hands-on dad, which was unusual for the time.  He took Mark and Bruce to Boy Scouts, Little League, baseball camps, and taught them surfing, skiing, fishing and backpacking.  He enjoyed gourmet cooking for his family, sipping a glass of wine and telling stories.  Artwork from his granddaughters was displayed in his house, and last summer at 91 he walked down the aisle for his oldest granddaughter’s wedding.

He is survived by his sons and their families: Mark and Heidi Golden, granddaughters, Kuirstin and her husband Stephan, granddaughter, Katelynn,  Bruce and Mary Golden.

To send flowers to the family or plant a tree in memory of Thomas A. Golden, please visit our floral store.