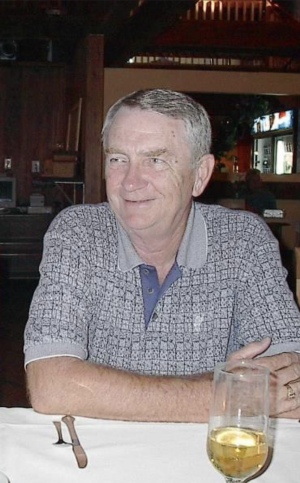 Leon grew up in Exeter and graduated from Exeter Union High School in 1954.  He married his high school sweetheart Monica Ooley in Exeter on June 8, 1955 and they were happily married for 53 years.  Leon retired from Southern California Edison and was always very active in the community. He was a member of several organizations such as the Exeter Kiwanis, the Exeter Community Service Guild, and was a 30-year member of the Exeter Lions Club.  He also co-chaired the Exeter Centennial Committee, served on the Exeter Chamber of Commerce Board and was a longtime President of the Exeter Historical Museum and Art Gallery Association.  Additionally, Leon was elected to the Exeter City Council in 2000 and was then later re-elected two more times.  He also served as Mayor of the City of Exeter from 2002-2004 and a second term from 2008-2010, which is when he decided to step down from public service and enjoy time with family, friends and traveling.  He said he was honored to be a part of multiple city projects throughout the years including replacing seven miles of old water mains in the city, helping the museum and gallery receive a grant for tuition and working on the city’s Southwest Plan, which encompasses more than 320 acres.

Leon, thank you.  You lived a good life that demonstrated true commitment and how much you loved your family, your friends and your community of Exeter.  You will be missed dearly and fondly remembered always.

In Honor and Memory of Leon, donations can be made to:

To send flowers to the family or plant a tree in memory of Leon Ooley, please visit our floral store.