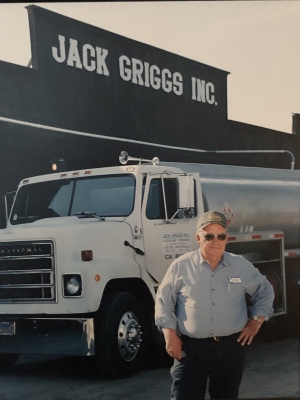 J.C Smith at the age of 86 years young, passed away peacefully at home October 28th 2021 surround by all of his family and loved ones.

J.C. was born November 26, 1934, in Story Arkansas, the son of Lullabell (Sharpe) Stewart and Jewell Stewart. At the age of 4 his family migrated to where he was raised in Farmersville California. As a boy and young man he worked along side his family performing farm labor.

At around the age of 8 he met the love of his life Mary Lou Scott. They lived on the same street and J.C. would tell you he fell in love right when he laid his eyes on her. It was truly a story of love at first site. As grade school sweet hearts, Mary Lou and J.C. Smith married June 27th 1954, in Farmerville at the Free Holiness Church. A few years later they had their first child Sharie which was then followed by Michael, Kathy and Abby.

J.C. later went on to create his own business and became a gardener for a few years until he started working at Jack Griggs. He retired from Jack Griggs after 34 years at the age of 66. He left Jack Griggs with life long friends that had turned into family.

J.C was an avid bowler and would tell you that he bowled a 300 but really it was 290. He also belonged to the lion’s club and was a volunteer fire fighter of Exeter. Anyone you asked would tell you he was the most selfless person you could have ever met. Which truly showed with how he served his community and family.

J.C. was truly the best part of his family. He loved with every fiber of his body. He was the funniest man you could have ever met. He would light up any room he walked into. I’m sure he’s still doing his happy dance.

J.C. was an amazing man that is loved and missed by many.

J.C.’s  viewing will take place at the Smith Family Chapel in Exeter on Thursday November 4th from 4:00 P.M.-7:00 P.M.  A Funeral Service will take place at New Life Assembly of God in Exeter on Friday November 5th at 11:00 A.M. Following the service will be burial at the Exeter District Cemetery. Arrangements by Smith Family Chapel, Exeter. Online Condolences may be sent to smithfamilychapel.com

To send flowers to the family or plant a tree in memory of J.C., please visit our floral store.