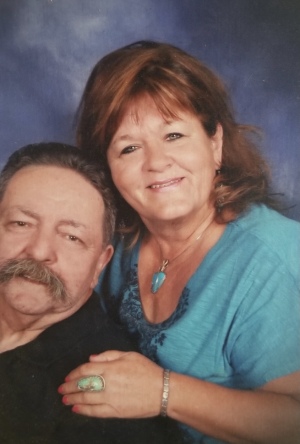 Harley Albert Slate of Three Rivers, Calif., died peacefully at his home due to cancer. He had just turned 68.

A celebration of life will be held Saturday, January 2, 2021, at 1:30 p.m., at the Visalia Sportsmen’s Association clubhouse. The clubhouse is located just north of downtown Visalia at 536 E. Roosevelt Avenue, one block south of Houston Ave. and just east of Santa Fe Ave. Food will be provided by the club, which Harley was involved in since he was a youth and considered the members as family. Obituary | Harley Slate

Harley was born December 19, 1952, in Tulare, Calif., to Orville and Mattie Faye Slate. He was raised in Exeter where he

Harley served in the Army National Guard. For 53 years, he was a builder by trade.

n 2000, when Harley met and fell in love with Annie Hayes of Three Rivers, he moved here. After 16 years together, Harley and Annie finally tied the knot in 2016.

Harley was preceded in death by his parents; sisters Loreta and Margaret; and his brothers, Leon and Roy. Obituary | Harley Slate

To send flowers to the family or plant a tree in memory of Harley Albert Slate, please visit our floral store.