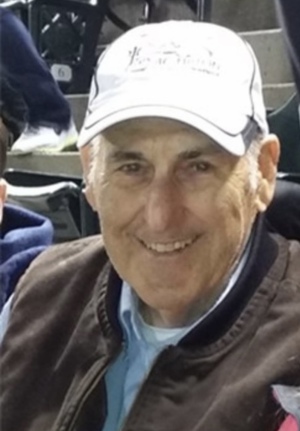 Gordon Milton Karnes passed away Sunday morning, February 20, 2022, in his home in Klamath, California. Gordon was born in Haynesville, Maine December 30, 1932. After completing the sixth grade Gordon began working as a logger in the woods and lumber mills of Maine full time. When Gordon turned 19, he was drafted into the army and served in the Korean War Conflict. After the Korean war, Gordon returned home to Maine to reconnect with his family and then he migrated to California to connect with his mother (Isabelle Karnes) and sister (Esther Karnes Gipson) who lived in Exeter, CA. While in Exeter he met his beloved wife Alma Faye Karnes and soon thereafter they were married on December 24, 1956. Alma encouraged him to use the GI Bill to further his education which he did graduating from Humboldt State University with a BS in Forestry in 1967. After graduating from Humboldt State University, Gordon and his family moved to Hoopa, CA where he helped the Hupa Tribe formulate, manage, and maintain a timber program which promoted the financial stability of the Hupa Tribe. Gordon worked with the Hupa Tribe for 20 plus years and then retired in Klamath, CA in 1989.  Retirement wasn’t something that came natural for Gordon.  It wasn’t too long after living in Klamath that he went to work for the Yurok Tribe helping to create a timber program for them. Gordon worked for the Yurok tribe several years before his second retirement.

Gordon was a devoted Christian and dedicated his life to serving God. He was actively involved with his church and a Christian men’s ministry with the California Department of Corrections and Rehabilitation at Alder Conservation Camp where he would hold biweekly fellowship meetings.

Up until approximately 6 months ago Gordon volunteered his time to maintain and manage one of the main water systems in the town he resided (Klamath, California) which could be at times very labor intensive and quit an undertaking. Gordon loved the outdoors and thrived in the woods.  Gordon was many things to many people, and will be missed by all.

Graveside Services will be held on March 14 at 10 AM at the Exeter Public Cemetery. Viewing at Smith Family Chapel March 14 from 8-9 AM 505 E Pine Street, Exeter, CA.

To send flowers to the family or plant a tree in memory of Gordon, please visit our floral store.