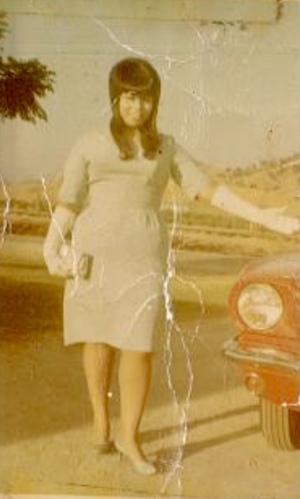 Gloria attended Sequoia Union School and Exeter High School. Gloria spent countless hours volunteering at Sequoia Union School (PTA) while raising her only Son Rick Navarro of Exeter Ca. Gloria loved to dance in her youth. It was said that people would come from all around to see her and her Brother Arthur Torres of AZ. Jitter Bug and dance the night away. Gloria loved  to go to sporting events her son and grandchildren participated in.

Gloria worked At Exeter community Hospital in the 1960's and early 70's before she became a mother. Gloria later took that loving heart and quality of care and became a professional Nanny to countless children that she loved very much. Every child had a special place in her heart.
Gloria would greet everyone with a smile and loved people just as they were. She will be deeply missed.

Gloria is survived by her Son Rick Navarro of Exeter Ca. Wife Devon, Brothers Arthur Torres of Arizona. Gilbert Torres of Exeter, Sister Kathy Tafoya of Exeter, Grandchildren Rick Navarro Jr. Wife Stacey, Hailey Navarro, Gage Navarro and great grandchildren Greyson & Rylan Navarro all of Exeter and many nieces and nephews she loved so much as if they were her own.
Graveside service will be held on February 11,2021 at 10:00 am at the Exeter Cemetery.

To send flowers to the family or plant a tree in memory of Gloria Torres, please visit our floral store.